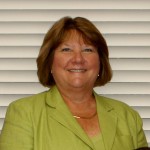 The first time Sarah Riss went through EEC’s social justice training she knew she had experienced a life-changing event. The superintendent of the Webster Groves School District said it makes educators not only better at their jobs, but better people overall.

“After diversity training, there are things you will no longer tolerate in professional or social settings,” Riss said. “For me, it not only impacted my role as an educator, but as a parent, spouse and community member.”

Riss said EEC’s passion for what they do is contagious and inspiring.
“They really build you up and give you strength to do things differently,” Riss said. “They are not there to tear you down for mistakes you might have made in the past. They are really proud of us and the work we’re doing. It makes you want to be even better.”

At Webster, administrators, teachers and staff all go through EEC’s program. The results can be seen throughout the district. There is now a professional development book club concentrating on diversity. Each building has a team that plans event and learning activities around cultural competency, racism and diversity issues. Curriculum has been changed to include diverse perspectives.

Also, the district developed Webster Challenge, which is a student-organized challenge for African American students to close the achievement gap by May 2012. Students set their own goals for attendance, grade point average and extra-curricular activities.

“It’s really empowering for the students. They take ownership of their own success,” Riss said.
In addition, Webster had its first all African American cast for a play – something Riss believes would not have happened prior to the training.

“We’ve also produced plays that address homosexuality and other subjects that we probably would not have covered before in theater. It’s very powerful,” she said.

Having the knowledge and skill to improve is key to moving forward, said Riss, who recommends the training for other districts.

“You have to have the right heart to do hard work. It’s easy to give up or keep doing what you are doing. But diversity training proves that if you think differently you act differently – and that gets results,” Riss said.